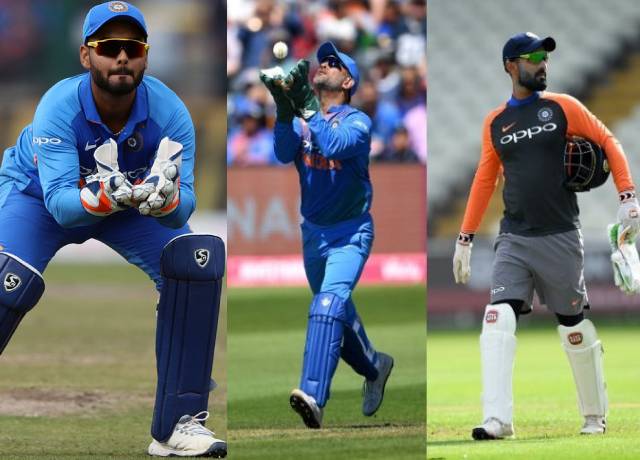 While batters or bowlers take centre stage, a wicketkeeper’s talents in keeping the wicket sometimes go unnoticed. Common wisdom holds that the best wicketkeepers are those who go unnoticed. However, wicketkeepers now often find themselves at the centre of the action, particularly in white-ball matches. Some of the world’s best wicket-keepers have garnered widespread acclaim for their ability behind the stumps by employing odd but successful strategies via cricket highlights videos.

In cricket, all three aspects—batting, bowling, and fielding—as well as wicket retention, are significant. When studying past cricket matches, we can see how many wickets the great wicketkeeper had. The wicketkeeper has occasionally assumed control of the team’s game. Additionally, a wicketkeeper must act quickly and with extreme care. He can’t be late because then he wouldn’t have time to trip. The hitter must be alert, concentrated, and quick since the ball is coming at him so quickly from behind. A competent wicketkeeper is essential for any team because a subpar one might result in defeats. In contemporary cricket, wicket-keepers also benefit their side by batting in the line-up.

Take a look at the 5 most successful keepers in India. These guys are remembered for their perfect timings and consistent contribution to the team.

Syed Kirmani served as the Indian team’s wicketkeeper from 1976 to 1986. He was India’s best player behind the stumps for a decade, keeping the Indian spin quartet on turning tracks and Kapil Dev and the group of medium pacers in action in foreign seaming and swinging conditions. The strongest testament to his abilities as a wicketkeeper may be the legend that he didn’t allow a bye to through in three straight tests. Kirmani, a member of the 1983 World Cup winning team, was a tenacious hitter down the order who amassed two test hundreds. He served as an example for keepers who came after him and looked up to him as their hero, and as a result, India gained more Wicket keepers. His record in test cricket is incredible; in the 151 innings he kept wickets, he received a total of 198 dismissals, of which 160 were catches and 38 were stumpings. He was also a significant wicketkeeper in ODIs, although not playing many matches.

Rishabh Pant is without a doubt one of India’s brightest talents of recent years. Particularly in Test cricket, the left-handed batter has proven to be a crucial match-winner for India. Ever since making his Test debut for India in 2018, his glovework has continued to get better. The most catches by an Indian wicketkeeper in a Test series were set by Pant during India’s 2018 tour of Australia.

Rishabh has participated in 109 dismissals in 74 international games so far. In all forms, he has taken up 95 catches and 14 stumpings for India. The Delhi player, who is perhaps the most entertaining cricketer to watch, has already made a tonne of progress to enhance his abilities as a wicketkeeper.

Dinesh Karthik’s maiden attempt behind the wickets to remove Michael Vaughan is among the top five stumpings in ODI history. If Karthik, a stylish goalie, hadn’t played with the famous MS Dhoni, India would have been far more successful at any other age. Karthik usually maintains a low position while pointing his fingers towards the ground—he is a model wicketkeeper. In the past ten years, he has seized every chance that has presented itself. He has more than 100 dismissals in international cricket and is currently doing well enough at the domestic level to secure a berth on the Indian team. His all-around skills are evident from his 9,000 runs and more than 400 dismissals in First Class cricket.

Parthiv Patel looked more like a 14-year-old schoolboy than a 17-year-old when he made his acting debut in England. While he has shown promise throughout the season’s tour of England and Australia, his infrequently poor effort cost him a spot on the team. In the domestic competitions, Parthiv put a lot of effort into improving his keeper skills and scored a tonne of goals across all game forms. Often his career has coincided with that of Mahendra Singh Dhoni, denying Parthiv the opportunity to represent India at the top level as much as he would have wanted. Nevertheless, he has more than 100 dismissals to his name in all international game types.

MS Dhoni is without a doubt the greatest wicketkeeper in history. He is unparalleled in terms of longevity and effect, both as a captain and a wicketkeeper. Although he wasn’t your average wicketkeeper and experts weren’t sure how much further he might go, his brilliance led to the development of a brand-new wicket-keeping technique. Throughout his whole career as a wicketkeeper, he has had some incredible stars.

He was dismissed 294 times in the 156 innings in which he held down stumps for India, with 256 of those dismissals coming from catches and 38 from stumpings. With a record of 444 dismissals, including 321 catches and an astounding 121 stumpings, he is among the three leading wicket keepers in ODI record. It is said that when maintaining wickets, MS Dhoni’s hands are the fastest.

The wicket-keeping abilities of a wicket-keeper sometimes go unnoticed as batsmen or bowlers take centre stage. Common wisdom holds that the best wicketkeepers are those who go unnoticed. However, wicketkeepers now often find themselves at the centre of the action, particularly in white-ball matches. Some of the top wicket-keepers in the world have amassed enormous praise for their abilities behind the wicket by using some unconventional but successful approaches.

In the sport of cricket, keeping wickets is a specialist position. A wicketkeeper needs to be quick on his or her feet and agile to be the finest in the world. A wicketkeeper’s quick stumping, diving catch, or save down the leg side may all shift the flow of a game. With their batting ability in the line-up, wicket-keepers provide value to their side in modern-day cricket.

Know all about cricket news and updates at CBTF news.

Get the fastest cricket news update at https://cbtfspeednews.com/.

Know all about cricket betting and updates at CBTF betting.

Get the updated expert betting tips at https://cricketbettingtipsfree.com/

Checkout our videos to get the latest updates about cricket and betting tips, and casino

tips to win big with expert opinions at https://www.cbtfmytube.com/. Next post The Latest Innovations in Online Casinos
admin